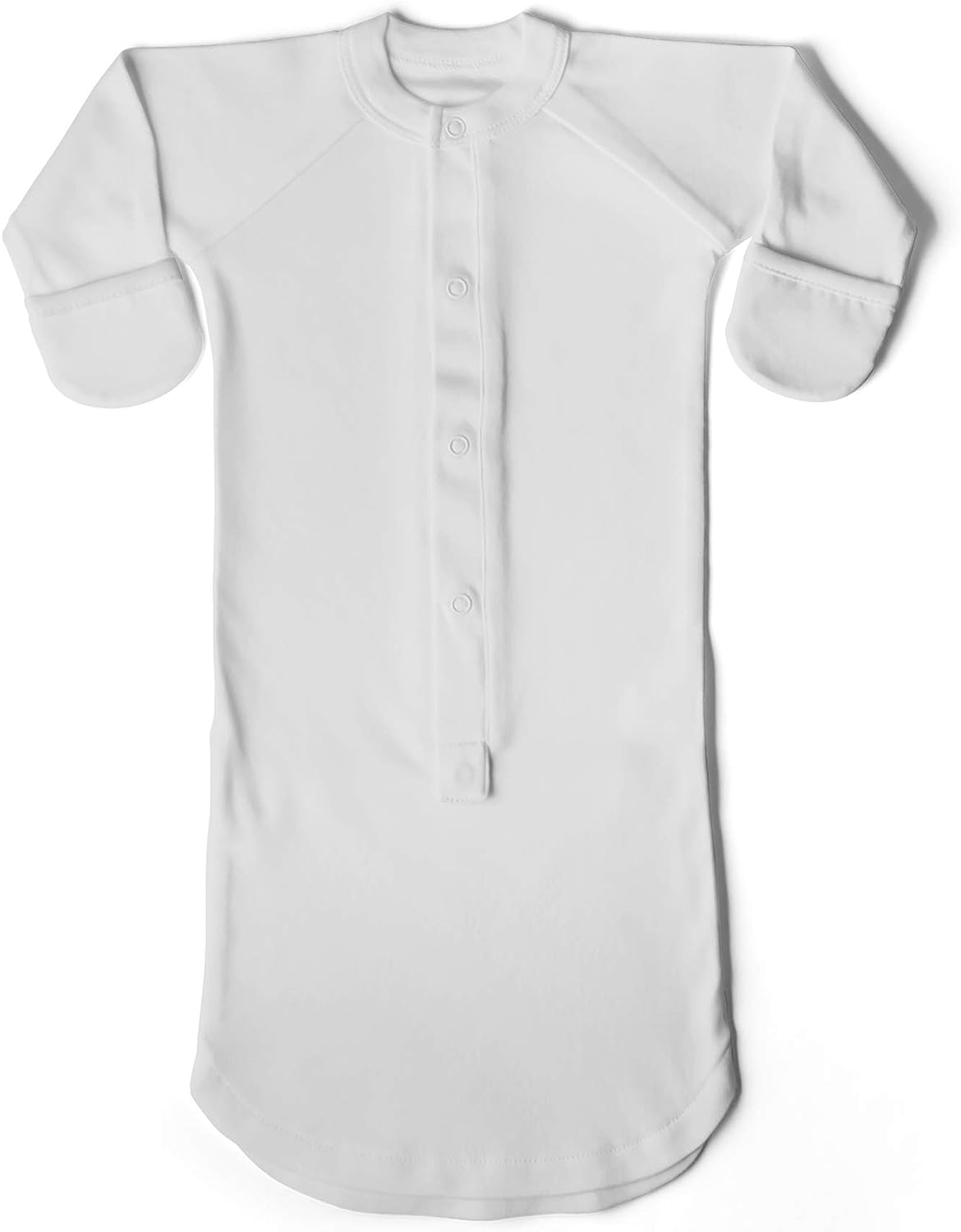 "li" INTEGRATED MITTS *for sizes 3-6 Months and smaller*: Goumimitts are specially designed to prevent harmful scratches. Our innovative material is tough but soft to gently protect your child. These mitts can easily be flipped on and off. "li" ORGANIC amp; SOFT: Our machine washable pajamas are 70% bamboo-derived viscose and 30% organic cotton. Goumi uses only the best and most innovative materials. "li" ZIPPER FREE: Keep your child comfortable with our zipper free design. No more zippers that upset your babyâonly soft and gentle comfort.

Goumikids gowns are designed with a patented, convertible foot pocket that quickly changes from gown to sleeper and makes diaper changes a snap. Built-in mitts help prevent scratches and the high contrast pattern on the reverse side stimulates infant brain and eye development. Organic and so-soft fabrics help to protect eczema-prone and delicate newborn skin from scratches. Our baby essentials help little ones stay cool in the heat and warm in the cold. Plus they make the perfect baby shower gift!

WE BELIEVE IN THE POWER OF SMALL

Hi! Iâm Lili. Mom of two and founder of Goumi.

My appreciation for small began when my baby Iliana was born.

I struggled to find baby clothes that fit right. No-scratch mitts wouldn't stay on. Poorly designed gowns made 2am diaper changes the worst.

"p" I was frustrated by cheap, ordinary babywear, so I decided I'd create my own brand of thoughtfully designed baby products. Goumi products are designed to be beautiful and functional for both you and your baby.

We are so excited to be a part of your journey with your sweet little one!